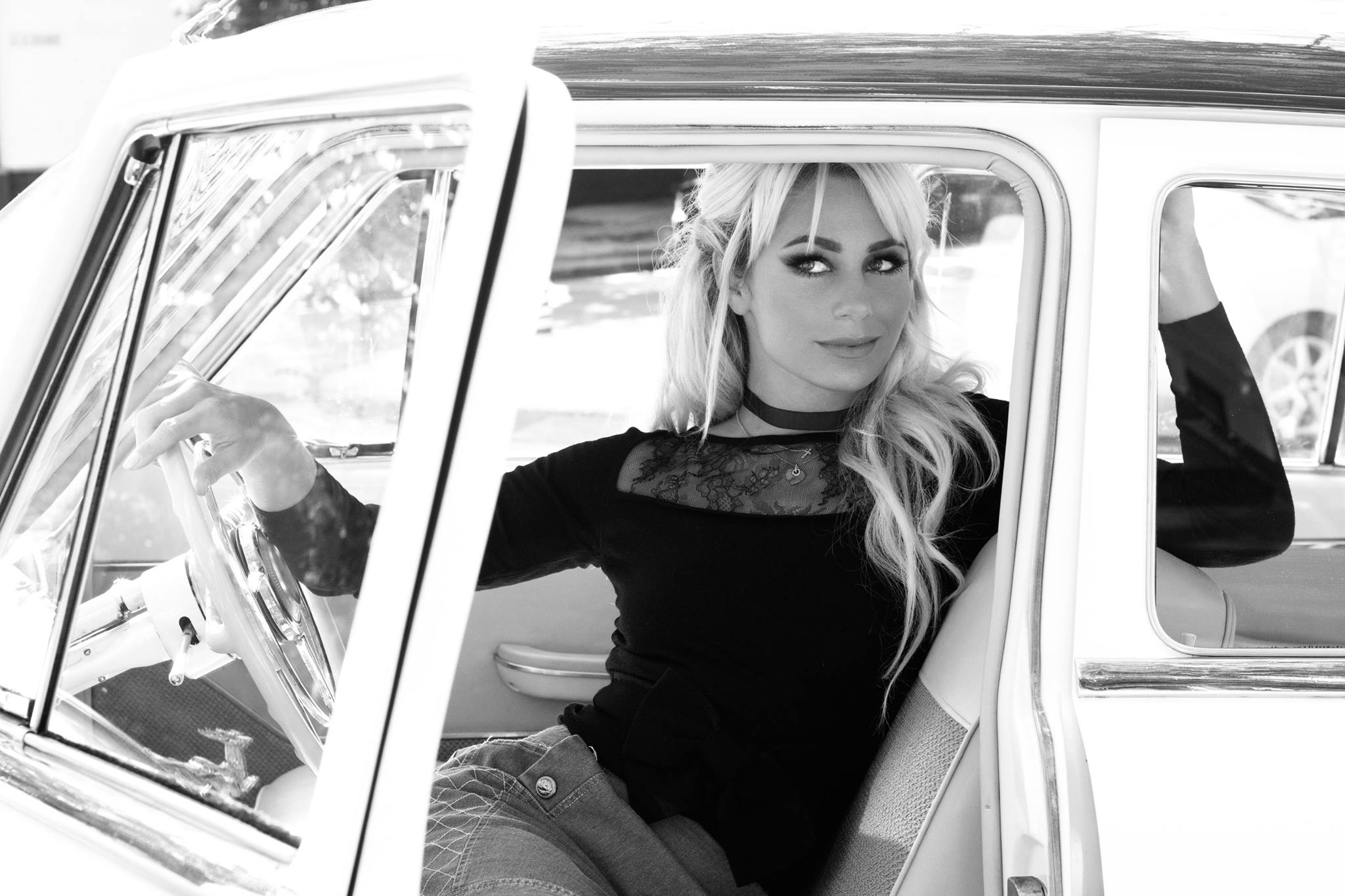 Natalia Gordienko was born on December 11, 1987 in Chisinau. Her parents graduated with honors from an architectural university. Father works by profession. Mother died when Natalia was 18 years old. Little Natasha dreamed of becoming a model, but subsequently the love to music won her over. From an early age, she was spending a lot of time with her grandmother, who became a kind of her first manager - she supported Natalya in music and vocals, travelled with her to festivals and competitions. At the age of five she began to sing. She was engaged in dancing, was a member of the choir. She graduated from a music school in piano and danced in a sports dance ensemble for 8 years. She studied at the Moldovan-Ukrainian Lyceum named after P. Movile, specializing in mathematics, biology and chemistry.

Already in childhood, Natalia actively performs at various events, enthralling the audience. From the age of 10, she became a regular participant in the Golden Key children's program on one of the most popular Moldovan channels. She studied at the Lyceum with in-depth study of languages. Thanks to this, she can sing in Russian, Romanian, English, Ukrainian, French, Italian. After graduating from the Lyceum, she entered the Academy of Music, Theater and Fine Arts at the Department of Pop-Jazz Vocal. She participated in many international competitions, where she regularly won various awards, among them: Diploma of the festival "Jurmala 2003", 1st place at "Sevastopol-Yalta – 2004", Silver medal in pop music category at "Delphic Games – 2004", 1st place at "Two Twin Hearts" festival, 1st place at "Songs of the world 2005", Grand-Prix at "Pamantul nativ", 1st place at "Slavic Bazaar" 2006, Gold medal at vocal category at "World Championship of performing arts in Hollywood" in 2008. In 2005, Natalia became a singer of the Millennium band, but was forced to quit to take her bachelor's degree.

In 2006, Natalia together with Arsenium represented Moldova at the Eurovision Song Contest 2006, where she took 20th place. In 2007, Natalia Gordienko participated in the contest of young performers "New Wave 2007" in Jurmala, which she won. Then her talent was noted by the king of the Russian pop scene Philip Kirkorov, who said that he would like to become a composer and manager of Natalia: "I am inspired. Natalia Gordienko is a very talented singer, and she has a great future." In 2008, by decree of the President of the Republic of Moldova, she was awarded the honorary title Honored Artist of Moldova. She performed on many prestigious stages of the CIS countries, the Baltic states, Europe and the USA.

In 2009, Natalia reached the final of the Moldavian Eurovision selection with the song "So alive", but on the eve of the contest she withdraws the application due to problems in the family.In 2008, for astonishing achievements in arts, by the decree of the President of the Republic of Moldova she was awarded with the title of "Honored Artist of Moldova", thus becoming the youngest singer to have received it. Year 2010 makes a new big step for Natalia, launching her first solo album entitled "Time". In 2011 follows her second solo album "Cununa de Flori" (Wreath of Flowers) where collected across the entire country national and traditional songs come to light in an entirely new musical arrangement. 2012 was a productive year as the she launches her single "Besheniy" with which she presents her first solo music video. Later that year, she undergoes a rebranding and becomes Natalie Toma launching a featuring "O noua zi" with one of Romania’s top rap artists, CRBL. The music video for a "O noua zi" quickly gains over one million views on Youtube and has great public and media interest. This year, Natalia is invited to become of the jury members of the international TV-show "Fabrica de Staruri" (Star Factory) broadcasted in Moldova and Romania.

On December 29, 2012 Natalia celebrates 10 years of activity on stage and organizes a great anniversary concert. 2015 marks a new productive collaboration with the Romanian label FLY RECORDS and greatly intrigues the Romanian media and public. This year she tours the entire Romania and launches her single "Summertime". In 2016 Natalia becomes general director of Russkoe Radio in Moldova. She continues her artist career actively collaborating Romanian and Russian labels. She launches a collaboration "Habibi" with international artist Mohombi along with an official music video shot in Romania.

In 2020, Natalia Gordienko again decided to participate in the national selection for the Eurovision song contest. The Russian singer Philip Kirkorov and his team consisting of Greek songwriters worked with her. Natalia Gordienko herself said: "Great people work in my team who believe in my strength and my work. Philip Kirkorov, Dimitris Kontopoulos, Ilias Kokotos, Sharon Vaughn - this is the whole organism that works to make my song thunder all over the world!".

On 27 December, Moldovan broadcaster TRM has launched procedure of the national preselection for the Eurovision Song Contest 2020. Entries for the participation can be submitted until 17 January 2020, 17:00 at the Eurovision 2020 Collection Center, Chisinau, Hâncești str, 64, TV Moldova 1 from Monday to Friday from 9.00-17.00 or by e-mail to eurovision@trm.md.

Submission package should include: song mp3 (256 kbps), application, form with the contact information, confirmation of copyright and originality of the song signed by all songwriters and performers, lyrics and translation into Romanian, description of the project: proposed ideas for staging, brief description of stage presentation, storyboard, visual sketches, images, links to similar creations, information on the number of artists on stage, concept of stage outfits, musical instruments, stage atmosphere (lights, colors, mood), creative team information; letter of intent that will briefly describe the intention to participate and list of other materials presented. Optionally: photos of the performers and backing team, working video of stage presentation, music video of the song.

Submitted entries should follow basic Eurovision rules and participants must sign declaration that they have been respected. The lead singers should be Moldovan citizen, collaborations are permitted if number of foreigners is not exceeding 50% of the total number of singers. TRM reserves the right to invite directly the performers, producers or authors in order to participate in the competition. In case of withdrawal of the participant from the contest (at any stage) without presenting the plausible reasons, he will be sanctioned by not admitting to the national stage of the competition, for the next two consecutive years. All the expenses of preparation and participation in the Contest and incurred by the participant.

On 20 January, TRM has released 36 entries submitted for the national preselection performed by 35 performers.

National final rules noted that the broadcaster reserves the right to nominate the representative of the Republic of Moldova to the Contest at any point of time, without having to undertake the subsequent stages. After the examination of the files the organizing committee has admitted to the next stage the participants, whose files met the conditions established in the regulations. Entry of band Che-MD was disqualified as it was performed first in May 2019. Entry of Pelageya Stefoglo which arrived late for technical reasons, was accepted. All the performers admitted to the second stage were invited to attend live auditions on 1 February, 14:00 CET. At this stage backing vocals can be prerecorded and stage costumes or choreographic concept are not required. The hearing will be made public and broadcast live on TV Moldova 2 and online on TRM website.

The jury could have been formed from performers, composers, lyricists from Moldova and abroad, as well as from public persons with specializations in various fields. At the beginning of each stage of the contest the members of the jury should confirm their own responsibility, by written declaration, that they are not in collaborative or kinship relations with the participants (performers or songwriters) entered in the contest. There should be from 5 to 11 jury members and their line-up was revealed only on the date of the hearings. The jury of the hearing stage included: Anatol Chiriac, Gabriela Tocari, Andriano Marian, Paul Gămurari and Mihai Agafiță. Liusea Znamenski has withdrawn from the preselection and Diana Brescan did not attend the auditions, thus the jury has evaluated 34 entries. The decision of the jury was based on: the melodic line, the originality of the song, the live performance and will give each act points from 0 to 12. In case of a tie - the act that has received number of highest scores will prevail, if still tied - youngest member of jury will have decisive vote.

The winner of the live auditions should have been designated as Representative of the Republic of Moldova at the Eurovision 2020, however, the broadcaster upon consultations with the jury, may decide on the opportunity for a further stage - the Eurovision National Final 2020. With reference to the good quality of the audio material presented in the competition, the judging team recommended to the Eurovision Moldova Organizing Committee the continuation of the National Selection. Thus, the decision was made to organize a National Final, broadcast by the public TV channel Moldova 1, with the involvement of the televote as part of the jury. It was scheduled for 29 of February.