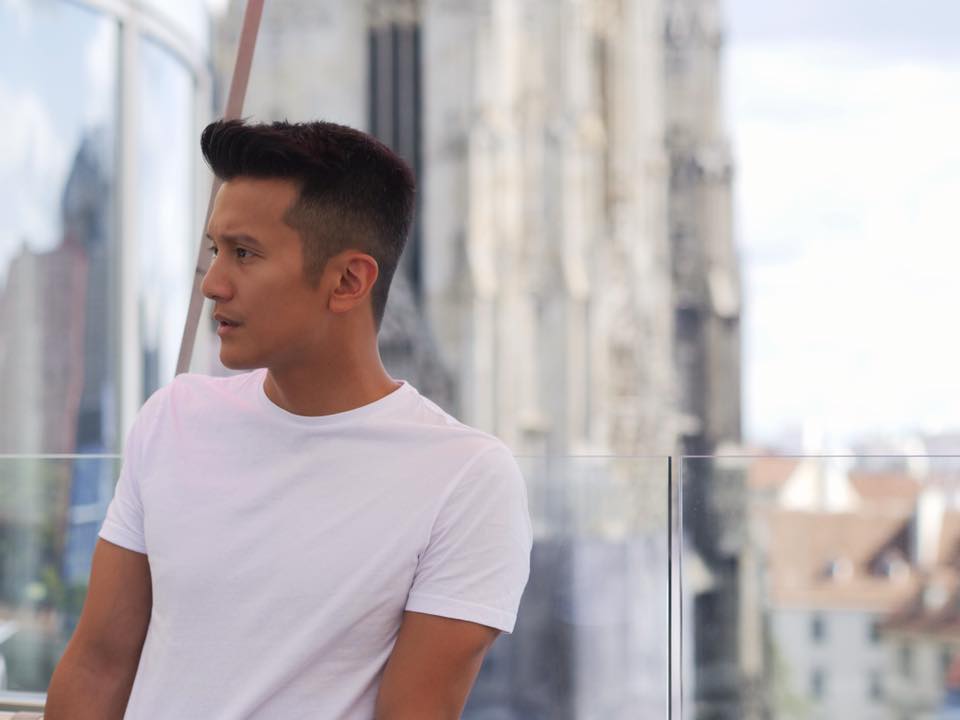 Austrian singer of Filipino origin Vincent Bueno was born on December 10, 1985. Both his parents are of Ilocano ethnolinguistic group. In addition to German and English, Bueno is fluent in Tagalog.

Bueno was already involved in dancing and music as a child. His father was a former singer and lead guitarist for a local music band during the 1970s. Bueno composed R&B music and also had special courses in acting, dance and singing. At age 11, he managed to play 4 musical instruments — piano, guitar, drums, and bass guitar. Bueno attended the Music and Art University of the City of Vienna and did musical education there.

In 2008 with 67% of the votes he became the winner of the ORF show "Musical! Die Show", earning the top prize of 50,000 EUR. In the show he has performed "Hair", "I Wanna Be Like You" from Jungle Book, "Superstar" from Jesus Christ Superstar, "Why God Why?" from Miss Saigon (a homage to his Filipino roots since fellow Filipino Lea Salonga first portrayed the Tony Award-winning musical title character), "Singin' in the Rain", "Supercalifragilisticexpialidocious!" from Mary Poppins, "Grease Lightning" from Grease, and "The Music of the Night" from The Phantom of the Opera.

Since then, Bueno has performed at various music and theater events, including being a support act for Filipino singer Sarah Geronimo's concert in Vienna. In 2010 he has launched his career in the Philippines, signing a contract under Star Records, an ABS-CBN Entertainment Group Company, making several appearances on Philippine ASAP TV, and in 2011 hold his first solo concert in Greenhills, San Juan.

In 2009 he appeared on the ORF program "Dancing Stars" finishing seventh with his partner Christina Auer. On February 12, 2016, he participated in the Austrian preliminary decision for the Eurovision Song Contest 2016 with the song "All We Need is That Love" and in 2017 performed on the Eurovision stage as backing singer for Nathan Trent. Bueno has released EP "Sex Appeal" (2008) and four albums: "Step by Step" (2009 on HitSquad Records), "Suitcase" (2012, Star Records Ph) and self-released "Wieder Leben" (2016) and "Invincible" (2018). In Philippnies he has also released an EP "The Austrian Idol - Vincent Bueno".

On 1 December, OE24 has reported that Vincent Bueno has been selected to represent Austria at the Eurovision Song Contest 2020. The news have been officially confirmed by ORF on 12 December. In relation to the Eurovision, Bueno doesn't call himself a fan. At the same time, he sees himself as an artist who is tough on what could be important. "I'm a motivated guy. 'Troubleshooting' is my personal motto! The Eurovision Song Contest is like the Eurocup for musicians and singers. The huge stage, all those artists doing their absolute best, all the songwriters and producers of Europe gathering in one place to celebrate their work while at the same time stepping into the ring – it is breathtaking and formidable. Let's go Austria!"

The father of two daughters Kezzy and Krista draws his strength from faith and the family: "My happiness comes from deep within. It is something that no fame or money in this world could ever give me. I would like to use this energy purposefully. I love my family above all, have a deep faith and both give me strength in my life. I love music, I love people. I'm very sensitive, which can sometimes be a disadvantage – 'open-hearted'." Vincent is often performing with his American born wife Charity Grace as The Buenos. They have performed concerts together at places like the ORF Radio Wien Club concert with Vincent's stellar band called the "Suitcase Band." The Buenos music is influenced by the latest top hits in pop music and beloved duos like Us the Duo. The Buenos have released a song "Fighter", dedicated to their third daughter Samantha who was born with anencephaly and sadly has passed away 97 minutes after her birth, and all the babies around the world that are diagnosed with a terminal birth defect.

#alive - "From the moment I let go of the fast-paced confirmation of social media and its pressures to be something specific, I reconnected with my identity. That makes me feel alive."
#fireshots - "My happiness comes from deep within. It is something that no fame or money in this world could ever give me. I would like to use this energy purposefully."
#behindthewall - "All of us fight our own egos. An ego is like a high wall. If you break it down you realize how much easier and freer life can be."
#hiddenheroes - "Each and every one of us has the DNA of a hero or a heroine."

As in previous years, the ORF team around the ESC program manager Stefan Zechner, together with the song contest-experienced music expert Eberhard Forcher, scouted in the Austrian music scene. For ORF program director Kathrin Zechner, Bueno is the perfect choice: "Vincent Bueno is not only a singer and songwriter, but a thoroughly thorough performer, who conquers every stage with his passion. He exudes an unbelievable energy that will sweep Europe into May and is therefore the ideal artist for Rotterdam."

Nobody can say yet how he will cut off with his slim, bright voice, who likes to visit falsetto areas, but dives into lower voices for the sake of rapping. How "Alive", described as an up-tempo song, with which Bueno wants to compete for the final ticket, sounds like exactly is a secret that will only be revealed in March 2020. Song was produced by Lofo Day members Artur Aigner and Dave Yang.

Austrian entry "Alive" will celebrate its radio premiere on Thursday, March 5, at 7:40 am in the "Ö3-Wecker". In addition, reports will be aired on "Seitenblicke" and "ZIB Nacht" today, as well as tomorrow, March 5th on "Guten Morgen Österreich", "ZIB" at 9:00 am, "Mittag in Österreich", "Magazin 1" and "Zeit im Bild". "Alive" will be released on the label of the ORF-Enterprise music publisher. The digital release will take place on March 6, 2020.

ORF program director Kathrin Zechner: "Vincent Bueno is an artist who knows how to get the audience moving with his incredible energy like no other. He has a big heart and an honest appreciation for the people around him. This makes him not only a full professional on stage, but above all an authentic performer - he is simple, Alive. Vincent emits the message of his song with every fiber of his body: freeing himself from his ego and simply becoming alive".

ORF-1 channel manager Lisa Totzauer: "In 2020, music will be capitalized on ORF 1. In addition to 50 years of Austropop and 20 years of Amadeus, the world's largest music event is a fixed point in ORF 1. Music connects and creates identity - that's why I am delighted that we, the Austrian musician and our candidate Vincent Bueno, are broadcasting the Eurovision Song Contest on ORF 1 give an even bigger stage. "

Vincent Bueno would like to represent Austria this year with music that is most dear to his heart, namely R&B and radio: "It is an honor for me and my team to be trusted to represent Austria at the song contest. "Alive" tells from becoming alive through liberation from one's own ego. The listener is immediately drawn into the action and experiences the change of the song both in terms of content and music, until at the end the statement comes: "Alive Again". The song has had a very long journey and got a good push in the final sprint. This time I worked with very young producers and composers (David, Davey 'Yang, Felix van Göns, Artur Aigner), who will definitely be involved in the Austrian music scene in the future. During the creation of the song, everyone in the team was able to experience how much the song had developed when everyone involved freed himself from his ego and was open to one another".

12/12: Vincent Bueno to sing for Austria