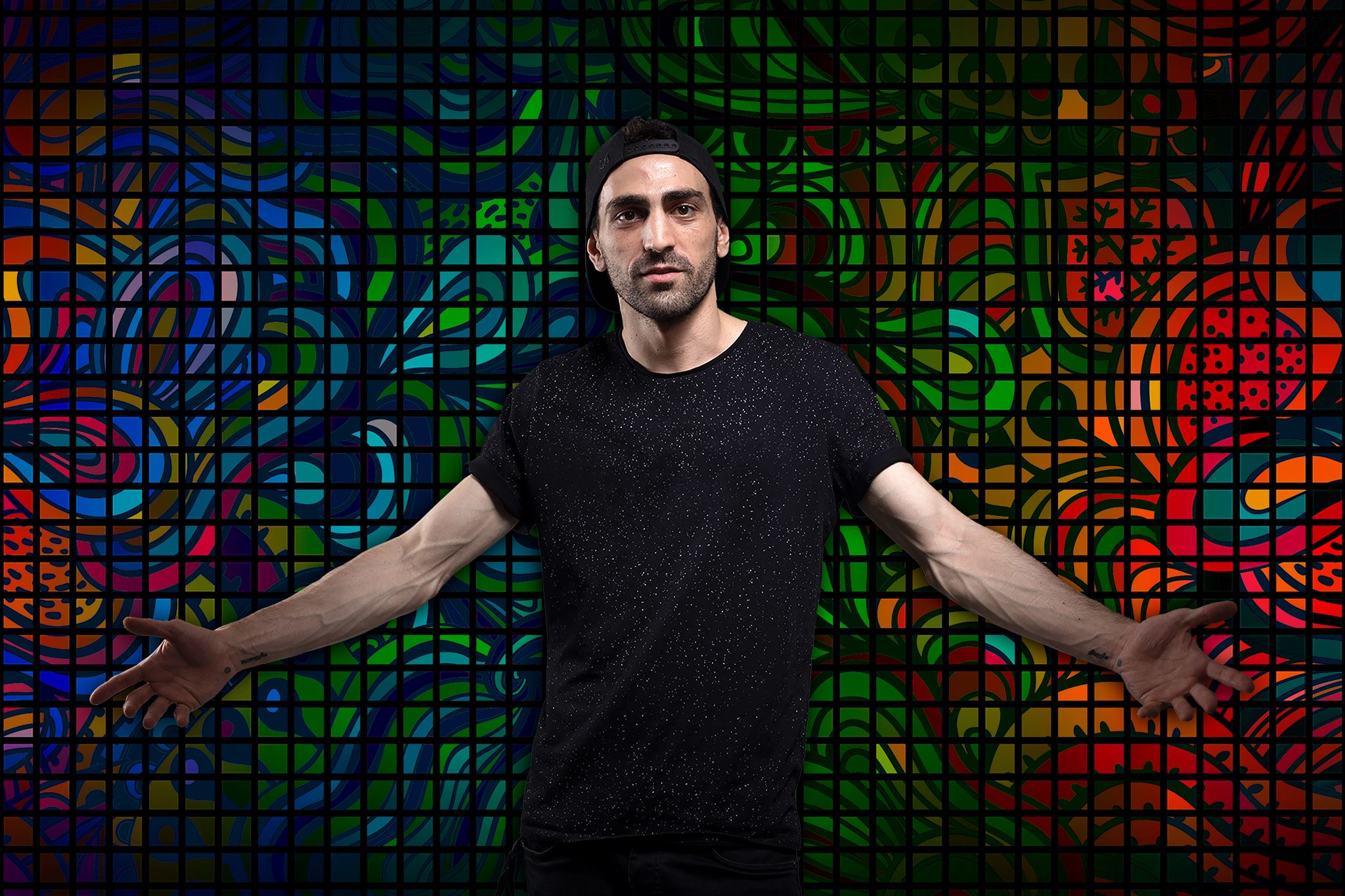 Tornike Kipiani (თორნიკე ყიფიანი) was born on December 11, 1987 in Tbilisi. In his childhood he used to play piano and violin, but he didn't quite like it and soon after quit the lessons. At the time Kipiani preferred rap music, his favourite singers were Eminem and Dr. Dre. However, inspired by the love of his father to Jimi Hendrix and the Beatles, he decides to take guitar lessons and started writing songs himself. Until now he can often be seen playing guitar for various stars of Georgian showbiz. Kipiani has graduated from Faculty of Architecuture of the Georgian Technical University, but remained fascinated by the music.

At the age of 18 he formed his own musical group, "Tsriuli kutkhe", where he played guitar. Later he tried to launch solo career, but since nothing came out - he formed another cover band and started singing himself as the band had no vocalist. When his first child was born, Tornike had to go abroad for a work. He returned in 2012 to compete in "MagtiFan" contest of Maestro TV where he became one of the finalists, but his major breakthrough came with participation in 2016 in Rustavi 2's megashow The X Factor. Kipiani becomes winner of the first season of the project.

The winner of the final was determined by televoting, in total 98,350 calls were received in support of the contestants, 67% of which were in favour of a young performer. The winner of the project received many prizes from the sponsors of the television project: a guitar, a ticket to Paris and a ticket to the Rock Insane festival, 30,000 GEL (about $ 17,000) from Magtikom and the right to hold monthly concerts at the Magti Club. With this money, the artist bought himself studio equipment. In addition, the young musician received as a gift an apartment in a ski resort in Gudauri and a Hyundai car. All finalists of the project also received one month of training in London.

After the show Kipiani spent time studying. He got fascinated by electronic music and developed himself to be able to create it with relevant software. He posted some examples of his music experiments on his Youtube channel. In 2017 father of three competed for the right to represent Georgia at the Eurovision with "You Are My Sunshine". Recently he formed another own band, Refresh, to play more commercial music. Besides Kipiani the band features another vocalist Mariam Abdushelishvili.

In 2019, many people were glad to see Kipiani again on TV screens. Throughout the show "The Star of Georgia" he remained the public favourite, securing ticket to the Eurovision 2020 in Rotterdam. Vasil Maglafaridze, Director General of the First Channel of Georgia, says: "The Star of Georgia was a very successful project. We should welcome more such competitions that will allow young, talented Georgians to get recognized. Now we all have to wait and see what song will be composed by Georgian songwriters and how Tornike will perform at the Eurovision Song Contest, participation in which is a great achievement for Georgia as a member of the European family"

"I want Georgia to win the Eurovision Song Contest and that's why I came here. I'm not saying that I will definitely win, but I thought, and others would say, that we should have a great chance of winning"

16/02/2020
Tornike Kipiani has finished recording his Eurovision entry. In the coming days, the music video will be shot.


30/01/2020
Tornike Kipiani will perform his self-written song at the prestigious competition. "Take Me As I Am" is described as a mix of classic rock, electronic music, breakbeat and dubstep. Mariam Shengelia, Mariko Lezhava and Aleko Berdzenishvili will be among his backing vocalists in Rotterdam.

On 15 August Georgian Public Broadcaster has confirmed that the winner of the fall season of the musical megaproject Sakartvelos varskvlavi (საქართველოს ვარსკვლავი, Star of Georgia) (Georgian version of the Idol) will represent Georgia at the 2020 Eurovision Song Contest. Audition for the show were held from 26 July to 15 September in Tbilisi (July 26-27, August 9-10, 17-18, 30-31, September 15), Kutaisi (August 3, 24) and Batumi (August 4, 25).

On 27 September more details on the selection were revealed: As a result of audition 10 contestants will be selected, who will be voted in weekly shows by televiewers via phone calls and SMS messages, limited to 20 votes from one phone number per day (80 Tetri each) and Facebook votes for free. To give your vote, one needs to write to Messenger the line: Get Started. You will receive message with an invitation to vote, you need to select first line "💃🕺 კონკურსანტები", to open the list of contestants. There click on the button under the name of contestant you want to vote for. You will receive another message with a photo of chosen contestant. There you need to click on first line "➡ მიეცი ხმა!", to confirm your vote. It is possible to vote for free once every 6 hours. System will write when you will be able to submit your next vote.

Song selection for the winning artist will be made by the producers group, which is comprised of: producer of "Akustika" program George Asanishvili, producer of children's music show "Ranina" Lana Kutateladze, music producer of the First channel David Evgenidze, Head of Delegation of Georgia at the Eurovision Natia Mshvenieradze and Eurovision producer Natia Uznadze. They will also be responsible for relevant work connected with recording of the song, shooting of music video, stage presentation (selection of choreography, outfits) and marketing activities.

Georgian Idol broadcasts got underway on the First Channel of Georgia on 26 October with three prerecorded shows before moving up to live broadcasts from Philharmonic Concert Hall in Tbilisi on 16 November. The following contestants compete for the main prize: Merab Amzoevi, Mariam Gogiberidze, Anri Guchmanidze (winner of X Factor 2018), Tamar Kakalashvili, Nika Kalandadze, Davit Rusadze, Barbara Samkharadze (winner of Georgia's Got Talent), Mariam Shengelia, Lisa Shengelia and Tornike Kipiani (winner of the first series of the X Factor Georgia 2014, NF 2017 participant). The jury members are Tinatin Berdzenishvili - Member of Media Management Committee of the European Broadcasting Union (EBU), First Deputy Director General of the First Channel of Georgia; David Evgenidze - composer, music producer of Channel 1 of Georgia; David Aladashvili - pianist, host of Georgia's First Channel Kids show "Ranina"; Natia Todua - singer, winner of the 7th season of The Voice of Germany. The winner of the second season of Georgian Star and the Georgian participant in the Eurovision 2020 will be announced on December 31st on the New Year eve.

Mariam Gogiberidze, a participant of Georgia Star, has become Georgia's First Channel Favorite and won studies at the International Music Academy in France. Tinatin Berdzenishvili, the First Deputy Director General of the First Channel of Georgia and a member of the competition jury, stated about this at the Megashow final. 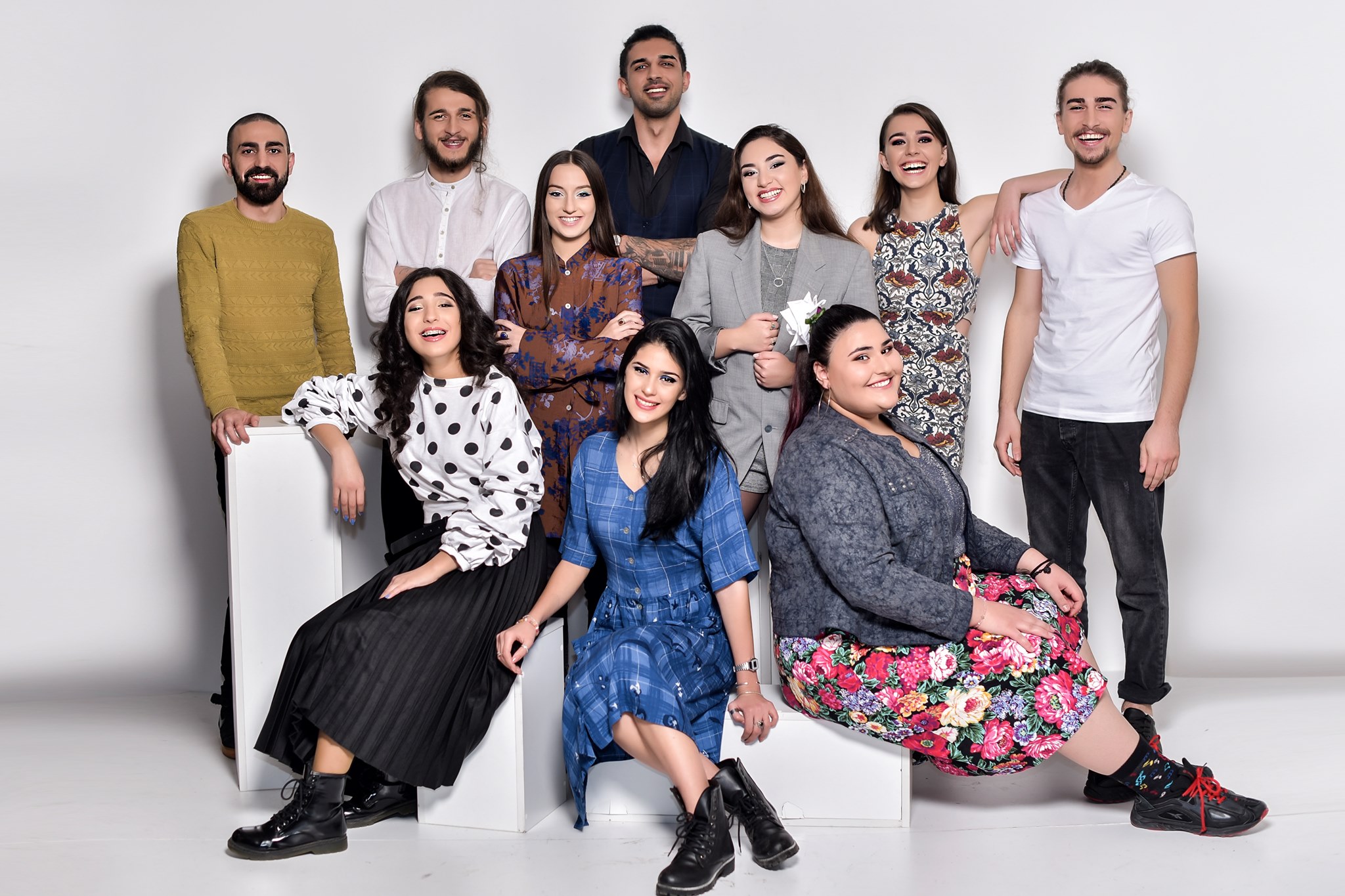 36 acts received Golden ticket to the 2nd stage of the competition.
Mariam Shengelia - Euphoria
Nika Kalandadze -
Albina - I Put A Spell On You
Merab Amzoevi - This Life
Dodo Goksadze - I Surrender
Erekle Turkadze - Great Balls of Fire
Anri Guchmanidze - Kiss From A Rose
Mako Maisuradze - Am I The One
Irakli Bitsadze - This Is A Man's World
Sulkhan Devadze - Killing Me Softly
- Don't You Worry 'Bout A Thing
Tamar Kakalashvili - All I Could Do Was Cry
Barbara Samkharadze - Move (You're Steppin' on My Heart)
David Rusadze - Wicked Game
Mariam Gogiberidze - Get Happy
Tornike Kipiani - Blue on Black
Mariam Shvangiradze - If I Ain't Got You
? - Legendary
Liza Shengelia - When We Were Young

36 артистов получили "Золотой билет" во вторую стадию конкурса.
Mariam Shengelia - Euphoria
Nika Kalandadze -
Albina - I Put A Spell On You
Merab Amzoevi - This Life
Dodo Goksadze - I Surrender
Erekle Turkadze - Great Balls of Fire
Anri Guchmanidze - Kiss From A Rose
Mako Maisuradze - Am I The One
Irakli Bitsadze - This Is A Man's World
Sulkhan Devadze - Killing Me Softly
- Don't You Worry 'Bout A Thing
Tamar Kakalashvili - All I Could Do Was Cry
Barbara Samkharadze - Move (You're Steppin' on My Heart)
Davit Rusadze - Wicked Game
Mariam Gogiberidze - Get Happy
Tornike Kipiani - Blue on Black
Mariam Shvangiradze - If I Ain't Got You
? - Legendary
Liza Shengelia - When We Were Young