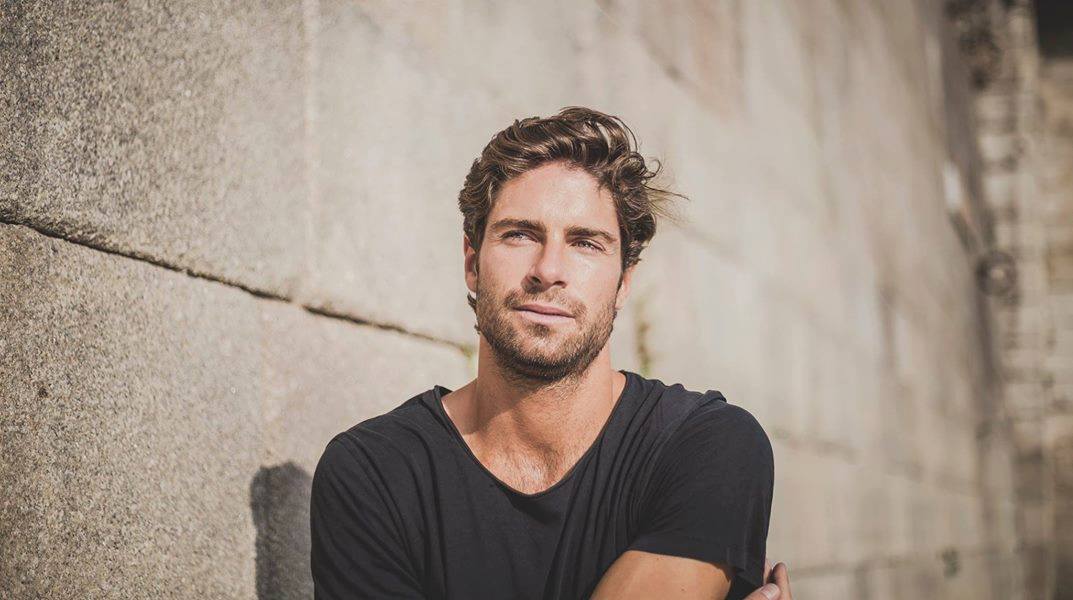 Tom Leeb was born on March 21, 1989 in Paris, he is son of humorist Michel Leeb and journalist Béatrice Malicet. He is the youngest in the family, after Fanny (born in 1986) and Elsa (born in 1988). From an early childhool, Tom was interested in music thanks to the jazz hits of Frank Sinatra and Nat King Cole that his father listened to at home. Like his sister Fanny, who had competed on season 2 of "The Voice" in 2013. Tom took lessons in theater, cinema, song and dance in the great schools of New York for five years. It was there when Tom learned to sing and play the guitar, which a friend lent him. In New York he also had his first performance on an open stage singing for 250 people.

Returning to Paris, in 2013, he was chosen for the role of Tom in the series Sous le soleil de Saint-Tropez, then the role of David Bréand in Section de recherches and Paroles movie. In 2014, he played in the theater with his father in Madame Doubtfire. He also appeared in the movie Avis de mistral, with Jean Reno. His further acting appearances included "Jour J", "Overdrive", "Mon poussin", "Papillon", "Les Nouvelles Aventures de Cendrillon" and the role of Leo Volny in Edmond by Alexis Michalik in 2019.

Also in 2013 he formed a comic duet with actor Kevin Levy and together they created their first show Kevin and Tom. The two comedians were the opening act for Gad Elmaleh at the Olympia then appeared on the Parisian stages. In parallel with their show, they have launched a new format, mini-video sequences of around 3 minutes entitled: "Comment…".

In March 2018 Leeb has released his first single Are We Too Late under the Roy Music label. In September 2019, Tom released his debut album Recollection which included 13 self-written pop folk songs with rock accents. The audio clip of Are We Too Late has reached an impressive 25 million YouTube views. Tom has played as a support act for international stars such as Sting and Tom Jones. His music inspirations are male singer-songwriters like Ben Howard, Matt Corby, Bon Iver and John Mayer.

Regarding his Eurovision selection, Tom said: "The Eurovision Song Contest is an iconic and unifying event; I am so proud to be representing France and I can't wait to live this experience with you all."

On December 6 it was announced that Steven Clerima has stepped down as Head of Delegation for France. He has been Assistant Head of Delegation for three years, before moving for the lead spot last year. Clerima was replaced in the role by Alexandra Redde-Amiel, the Head of Entertainment for France Télévisions. Speaking in early December, Redde-Amiel noted that France Télévisions is still assessing whether Destination Eurovision will be kept but will shift to one prime time show with three or four songs and acts or whether the broadcaster will select the entry internally. One thing clear, the broadcaster intends to have more control over the selection, rather than completely outsorcing it to the independent production company. "We asked French authors and composers to offer us songs, but also appealed to foreign publishers for the first time", she said.

On 10 January Le Parisien newspaper claimed that Tom Leeb, son of humorist Michel Leeb, was internally selected for the Eurovision participation. The newspaper claimes that first the song was chosen, and then a performer who can deliver it in the best way. In September, the 30-year-old musician released his first album, "Recollection", at Roy Music, which contained 13 self-written pop folk songs with rock accents performed in English. "Are We Too Late" gathered 25 million views on YouTube since it went online in December 2017.

On 14 January the news were confirmed officially. The internal committee at the French broadcaster reviewed more than 100 songs in the search of the perfect tune for the Eurovision Song Contest 2020. Alexandra Redde-Amiel, Head of France Télévision's Entertainment Department and the new Head of Delegation said: "We think that the ideal proposal corresponds to a match between a song for which we had a huge crush and an artist to embody it".

"We said to ourselves that it is complicated to find 18 songs to compete in the national final and that it is better to finally concentrate on one and give it all our energy. So we decided to redeploy our forces differently and to research the song internally. It should be a universal song, which can please audiences from Lisbon to Baku". When the song was found, the committee quickly had the idea of ​​calling on Tom Leeb - an artist "modern, charismatic, authentic, attractive with a unique voice" and who cultivates "a very interesting pop-folk universe". Song will be at least partly performed in French and released in February. France Télévisions will launch promotion campaign in the participating countries to increase the chances of success of Tom Leeb, with the ambition of getting "as close as possible to victory. Failure is not an option. Whether we win or not, we have to give our all in everything we do. We are very proud to welcome Tom Leeb on this adventure and with him to be able fight for victory in Rotterdam". "I will do my best to bring back the trophy!" said the singer.