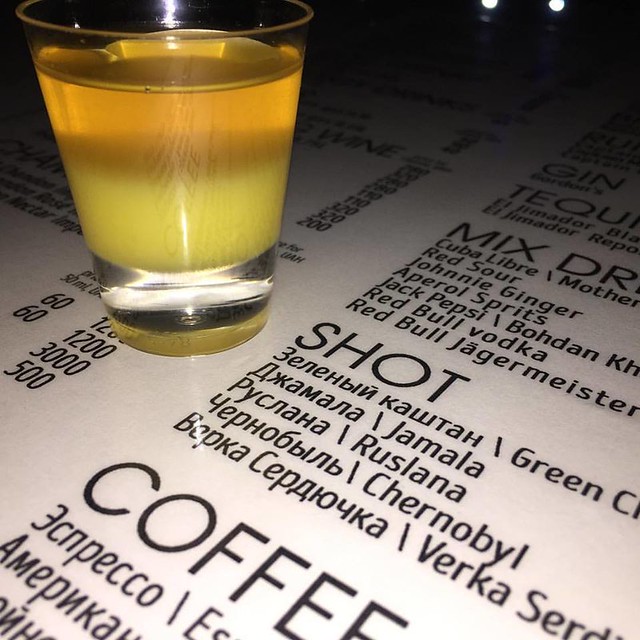 I had a few issues with Ukrainian internet since leaving the press centre, so I apologize for the delay of this Day 2 summary.

I just wanted to give you a quick overview which entries stood out the most today in the press centre:

- Armenia won the press centre poll for day 2. It looks modern, sophisticated and professional, and Artsvik performs it really well. My only caveat would be that it lacks a real climax at the moment.

- Moldova received the second highest score. The staging is fun and upbeat, that should certainly help in a semi full of ballads.

- Iceland and Czech Republic the losers of the day based on the press centre poll. But there is still enough time to turn things around. And the press centre has gotten things wrong in the past, so fans of these entries shouldn't lose hope.

We will see what kind of adjustments the delegations will make later this week.

Have a good night and see you tomorrow!

Another big contrast between this and the previous song on stage. I'll have to admit right away that Moldova is totally one of my guilty pleasures this year. One of the big fun songs of the year!

No big surprises when it comes to the choreography of the performance - the same as we saw in the national final and promotour performances. The three backings are once again in their wedding dresses. The big difference is that they are really making all of it when it comes to the visuals. In the first part led screens show square arches, which is different from what the other countries have on stage. During the 'walk dance' if I may call it like that Anton and Sergei (the violinist and saxophone player) are duplicated on the led-screens, a real nice touch.
Another small change is that 'she'll be back until sunrise' just before the instrumental break is now not sung but replaced by a still of Sunstroke Project and the backings.

Vocally Sergey (the singer) is great as usual. So I'm afraid I might be a bit alone in this but I really hope it's going to do well!

Moldova sang a part of her song in French today on stage. The reason is, that a few days ago, she recorded a French version of the song. And a lot of fans has asked her to sing part of her entry in French. They have now asked the EBU if that can be possible for the semifinal.

Rehearsals from Finland, Greece and Moldova

Finland
Ok so this is kinda competent but that's all really. Nothing much else to say, the vocal could do with some work really, but in the arena it looks nice as an opener to the show. Still in the cat suit, still using the whole of the stage hope this works out for them

Greece
The big surprise for me so far, was never going to give this much hope tbh, but it looks really cool not he stage, and we have short ripping off moments so early in the show which is always a good thing

Moldova
Starting to come together for Lidia now, vast improvement on her first run through. Well done.

Ukrainian Eduard Romanyuta was arrested right on the red carpet

Ukrainian Eduard Romanyuta was arrested right on the red carpet

Ukrainian singer Eduard Romanyuta, who is representing Moldova at Eurovision Song Contest 2015, appeared on the red carpet In Vienna accompanied by police and handcuffed. The audience was shocked.

"Watch the first act on the first half-final and you will get answers to all your questions"- Eduard Romanyuta's comments on his appearances added to already high level of curiosity of the audience. After completion of European-wide promo-tour, Eduard Romanyuta arrived to Vienna to challenge his competition at the final fight and show a worthy performance thus cementing his chances for a victory. The Moldavian representative will be opening 60th Eurovision Song Contest with song "I Want Your Love".

During the last three years Eduard Rmanyuta was hoing his talent and skills at national Eurovision contests in Ukraine. In 2015 absolutely everything was rip and ready - the act, as well as the song. Unfortunately the well-known tragic events at the motherland of the artist left their mark also on art life of the country - Ukraine decided not to partake in the contest this year. Nevertheless, Eduard decided, that Ukrainian voice must be heard in Vienna and instead of despairing, entered Moldovan national Eurovision 2015 contest.

In intense and fair competition between representatives of several countries Eduard Romanyuta emerged victorious and won the right to perform on the stage of the biggest European song contest. And now Eduard is representing not just one, but two nations at Eurovision.