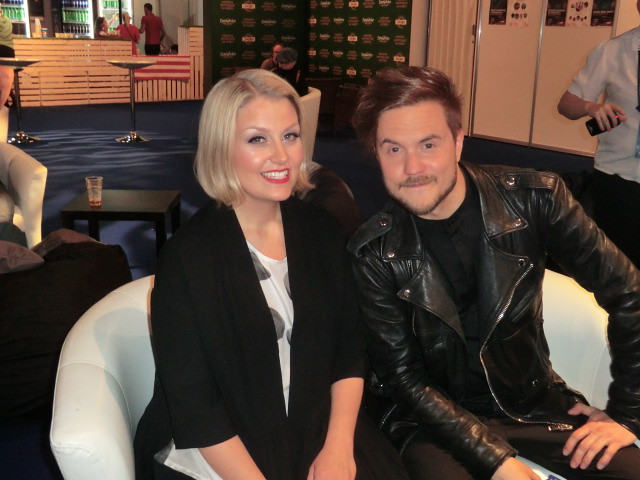 So that was lunch already. The restaurant in the entrance zone of the press centre offers meals at very Ukrainian prices, which means practically for free. Apparently there will be more options in the next few days, so I'm glad that has been taken care of!

An hour has flown by and Belgium has started ahead of schedule! After the first run I must say I'm very disappointed. I had expected so much more from this performance. Blanche is alone on stage (no costume yet), and the backdrop is nice with some moving lines, but nothing out of the ordinary. The promotour performances already revealed that she's not the most charismatic performer on the Eurovision stage and little has changed.

Now, I would've expected some dancers or at least some kind of stage show, so far, zero of that. In the last part of the song Blanche tries to take it up a bit vocally but unfortunately misses the notes, the first offkey ones of the day (and hopefully the only ones!)

It took a long time to get another run from Georgia but we still got a third one. Both sounded a lot better than the first time, especially the third time.

Press centre is starting to get a bit busy now.....

More arrivals today and the HUGE tent city is starting to fill a bit now.....

Again with the interviews today thing's appear to be starting slowly, with a cancellation or two but I think it will end up being the same as yesterday with a bit of a manic afternoon.....