A boat trip on the Dnipro river

Today the Kyiv City State Administration organised a boat trip for the attending press the Dnipro. So this morning I went to the Kyiv River Port, just outside the metro station Poshtova Ploshcha (on the blue line, one stop from the Maidan Nezalezhnoshti metro station). It was very early in the morning, especially after last night's Red Carpet event and afterparty in the Euroclub, but I'm very glad I went as the weather was too good to stay in the hotel.

Already when I came out of the metro station I was treated with a beautiful view on the river. The Riverside station itself is also quite an impressive building, but it's currently being renovated so I haven't got a chance to see how it looks inside. Along the river and on the square you have some nice terraces so I can really recommend this spot for a drink and something to eat if you want to relax. 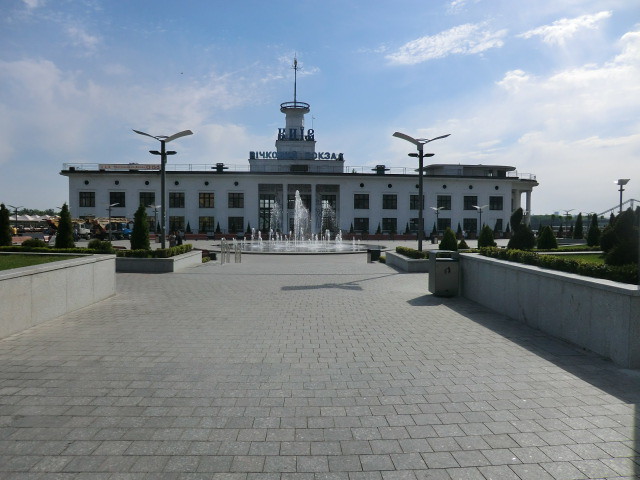 It didn't take me long to find the pier from where the boat would leave. As soon as all the gathered press was on board, it was time to take off. First we went past the St. Nicholas Wondermaker on the Water Church, the only church on Europe to be on the water. A beautiful and incredibly small church. From the same place we also had a view on the much higher located St Andrew's Church. This is all situated on the right bank of the city.

Then we took a U-turn and got to see the earlier mentioned Riverside station from the bank, which has a very long Ukrainian flag on it. The backside it not as impressive as the front, but clearly recognizable.
Next we see a lot of green which is the Marinskiy Park where yesterday's red carpet took place.
Past that we see the Friendship of Nations Arch, for the occasion renamed as the Arch of Diversity. Behind it is the huge statue of a woman, the Motherland Monument that was built in 1981 and that you can almost see standing outside the International Exhibition Centre. 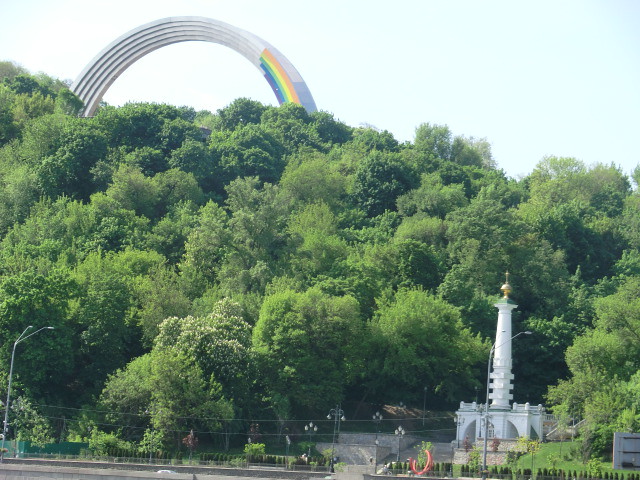 After another U-turn, this time around the Hidropark Island - which is more or less a huge relax area with beaches - nudist included - it didn't take long until we saw a very familiar few - the IEC and the Patriarchal Cathedral of the Resurrection of Christ - the church many of you will have seen in the press centre and that turns out to be only opened in 2011. 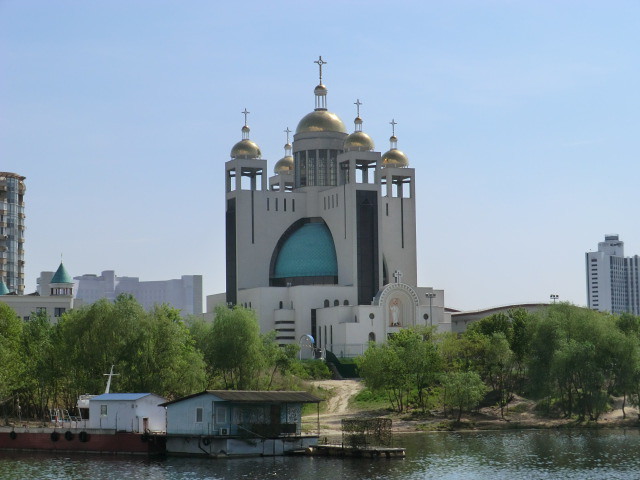 Before heading to the press centre where the first dress rehearsal will start in a few minutes, it was time to enjoy the sun for a bit more on the riverside. Thanks to the organization of this boat trip that let us see a bit more of the city!

You can see all the photos here: 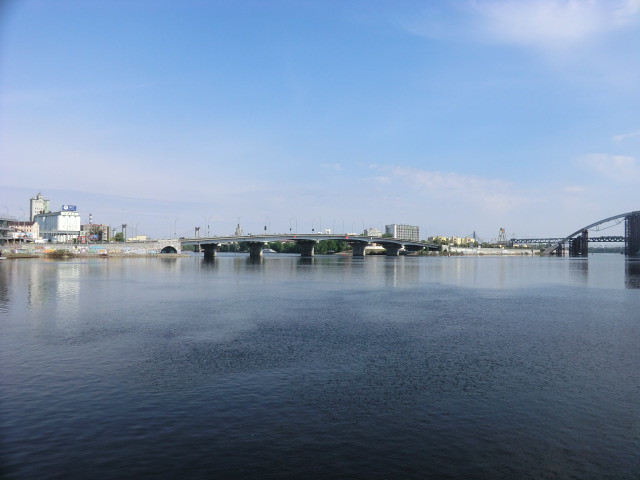 Hi from Kyiv! I'm Chris, new to the team and I will be blogging for the next two weeks from the press centre.

I'm optimistic the rehearsals will provide us with a few surprises we didn't see coming so far. The contest simply wouldn't be as much fun, if bookmaker odds and pre-contest polls were able to predict the correct results weeks before the contest.

So there are many reasons to feel excited about the rehearsals. Which of the 42 delegations will manage to impress us the most and which ones will not?

It's time to find out.