Around the "new" or is it "old" Eurovillage 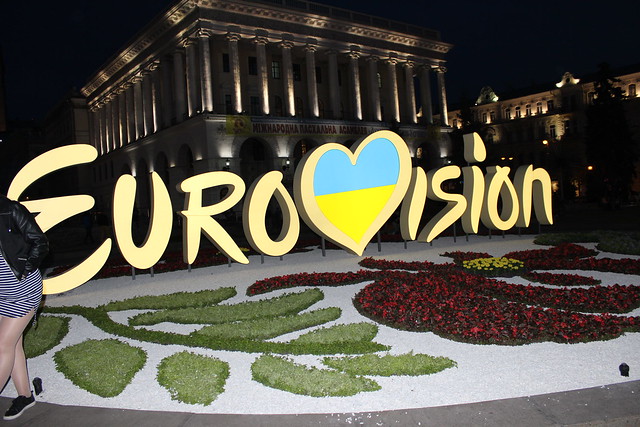 Quick look around the “New” Eurovillage. I say quick because it was Friday, we had dinner to go to and food to eat!….

Eurovillage is in the same area as it was in 2005. It’s actually a perfect place to have it, the wide boulevard of Khreshchatyk Street, with it’s close proximity to the Independence Square and Maidan Nezalezhnosti, makes this central area of Kyiv come to life for the whole two weeks of Eurovision

Last night we decided to meet friends for dinner - often we forget to eat during Eurovision so this might have been one of our better ideas - and chose this spot to meet. The whole area is still under some construction work as they prepare the places for the Eurovillage stage, the stalls and other surprises for the fans that are coming over the next few days

It all seems much more professionally organised than in 2005, and the vibe around the city yesterday evening was one of having fun on a Friday and Celebrating Diversity, rather than what some nay-sayers have been predicting

Another thing we took note of on the metro on the way home too, was that the area around the metro stop serving the arena has been already tidied up a bit from yesterday morning. New railings have been installed, it looks a lot safer, and much less traffic around there in the evenings - we hope this stays like this…. 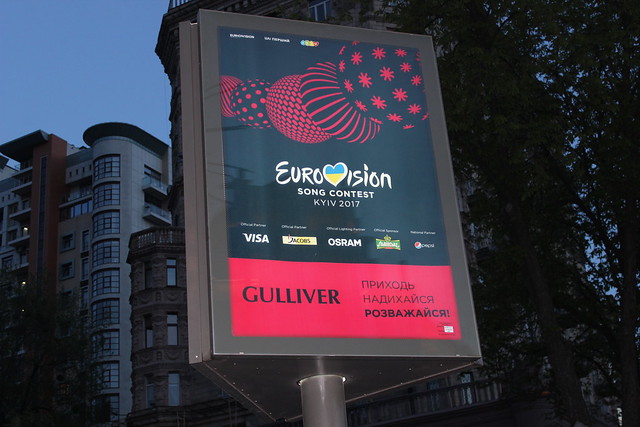