Round up of day 1

Round-up with materials from other ESCKaz team members

The day was opened by Montenegro with a pretty confident rehearsal, ranked very high by ESCKaz team. Stefan is joined on stage by backing vocalists Ana, Amira and Martina, who were on stage with Claudia Beni in 2003, and Martina was on stage with Alenka Gotar last year. A new Beauty Queens is coming? The gimmick is in red gloves, with which girls embrace Stefan leaving prints on his T-Shirt.

At the press-conference they've admitted that they are looking for neighbours support, thus preferred to perform in native language. Interestingly, main favourite of Stefan is Dima Bilan. 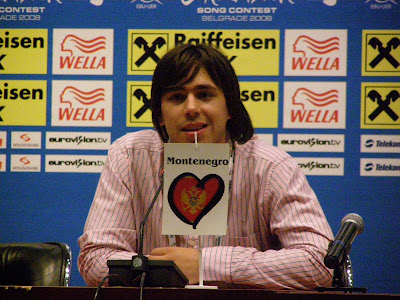 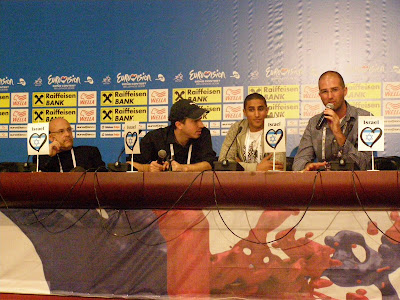 The press-conference was extremely boring and was closed after just 2 questions. 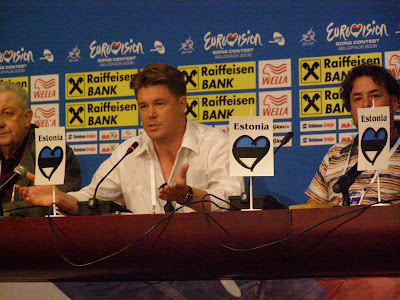 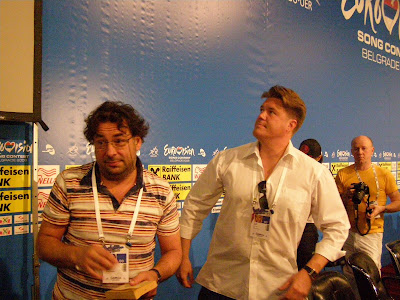 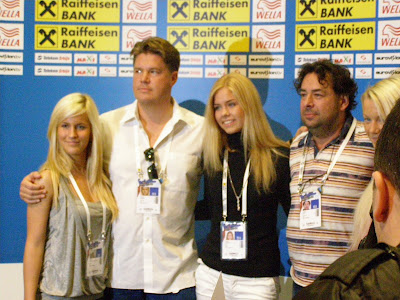 I've covered Moldova previously. To round it up, it was very confident performance with just two persons on stage and a big white couch. There are a lot of positive reviews regarding it in a press-center, so this might surprise.

At press-conference Geta admitted that there is no need for third member in a love affair, that's why they've opted for a this performance. Her favourite song this year is Azerbaijan

San Marino - performance was a bit sleepy one and there is nothing but singing, all members are static on stage. The only moving person is female dancer. Everyone was expecting some gimmick but it was not shown. 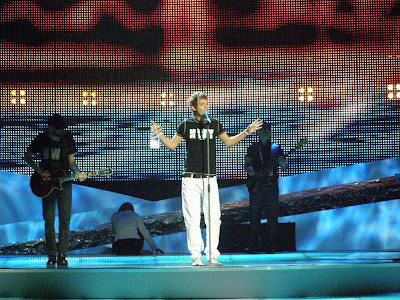 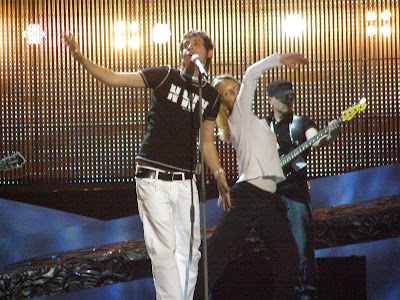 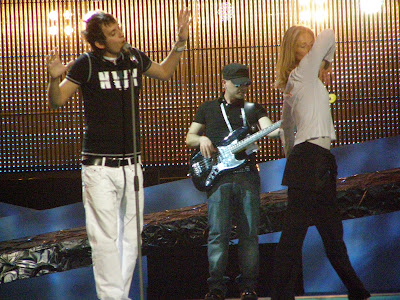 Belgium was very dissapointing. Vocally it sounded rather strange and performance is a very chaotic, it seems that girl is afraid of everyone and is just running from one person to another on stage. 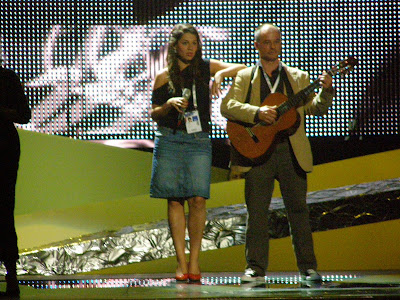 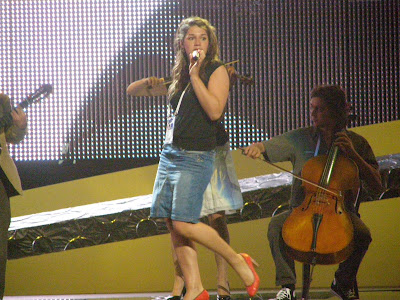 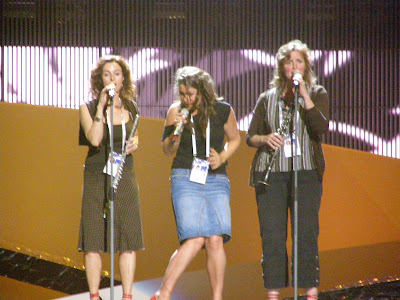 It looks very strong and seems to be first qualifier so far. The exploding throne broke in pieces in start of the rehearsal, so it was being collected back for a first runs. Three "whites" and three "blacks" on stage. Angels have wings. Stage background has fire on it, there are a lot of smoke and pyros (though we were not yet shown even a half of them yet!). Main angel spreads the wings in the end and throne of devil explodes. The performance ends with everyone falling on floor and Elnur shouting "I can't get up, the wings are too heavy!" 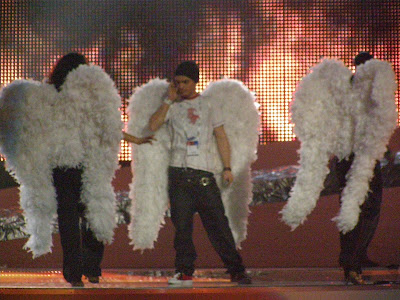 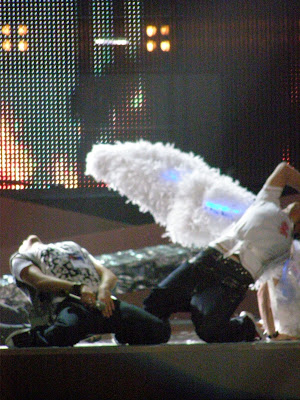 At press-conference she was comparing Miss Universe with Eurovision, and talked about greatest loves of her life (family and singing). She claimed there are no big venues in Slovenia for Eurovision and only winning the contest can be a reason to built a one. 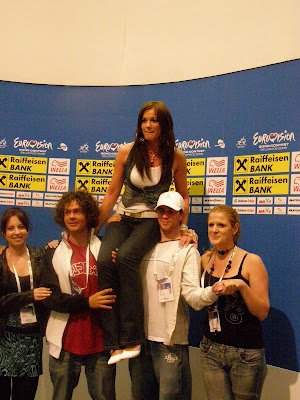 Norway was absolutely similar to the national selection. There are three female and two male backing vocalists. Main colour is blue. It is very simple performance, and as song is too unimpressive to say a least, the performance adds nothing here.

At the press-conference Maria admitted that her favourite entry this year is Denmark and from previous years Nicole. They've performed a song from a new Maria's album together with Mira Craig and the whole team. 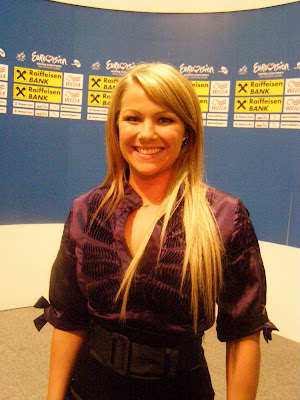 All in all I think only Azerbaijan looks as a qualifier to me with chances of Moldova and Montenegro slightly raised today, while stakes on Israel and Slovenia are going down.