Hungarian delegation held the opening party of the day, it took place in the Art Club which is meters away from our house. There was sale of tickets so a few Israelis turned up to their first chance to meet the Eurovision 2019 singers.

Sadly, the event was planned in such way that between Eurovision acts, there was over 30 minutes long set of Eurofalsh band - lip-synching Eurovision hits. It is not a discovery that this band isn't really rated high in the fan circles, and several people had to leave the event during their act. There were also DJ. Daniel Mariuma and Dj Ran Ziv, and the event was hosted by Amit Cotler (channel 13).

Delegations of Albania, Latvia, Montenegro have performed on the stage with Hungary itself being headliners of the event. Some other acts like band Tulia also made their appearance at the party. 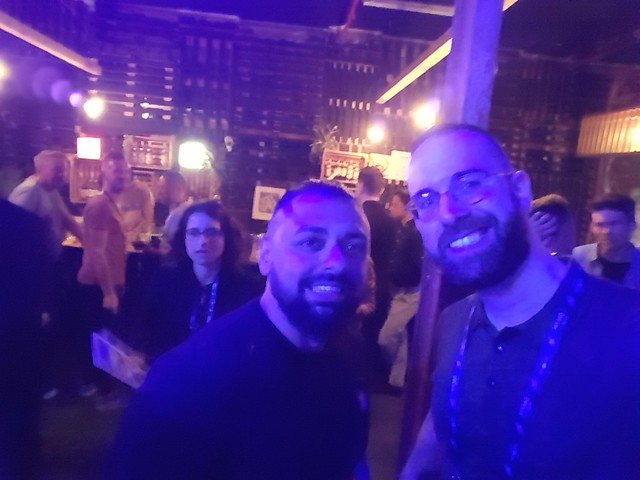