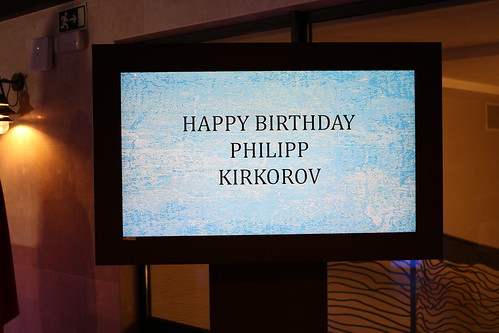 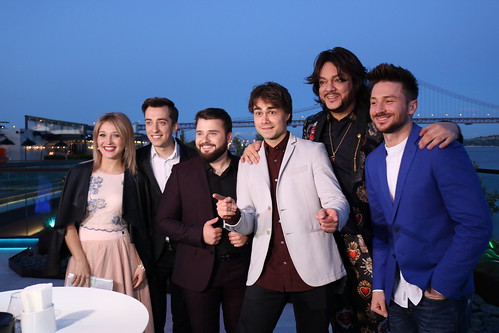 ESCKAZ.com were invited as one of the few selected media to be on the gold dust guest list. Obviously this was always going to be a party that was not to be missed. Straight from the press centre to the club, we arrived to be greeted and welcomed by Philipp Kirkorov himself, resplendent a one of design by Dolce and Gabbana - looked great and not his age at all….but after all he is only 25 obviously

Attending the party were the delegations from Iceland, Bulgaria, Belarus, Azerbaijan, Greece, Cyprus, Moldova, San Marino, Norway and special guest Sergey Lazarev. We chatted with several of them and got got some some intimate moments in the beautiful surroundings overlooking the waterfront - an amazing spot in Lisbon 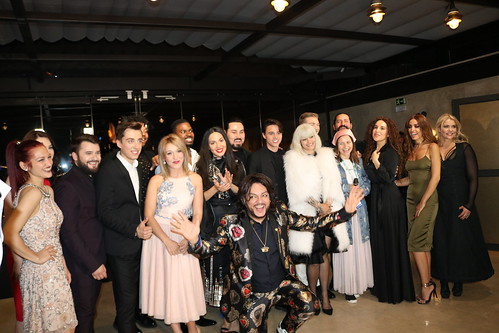 Philipp Kirkorov treated us all to complementary drinks as we arrived and gave several interviews to press and welcomed each of his guests in turn - cameras were flashing all the time, TV crews were tripping over each other to all get the most amazing shots.

Finally we were invited inside to listen to some heartfelt comments from Philipp, Alexander Ryback and Sergey Lazarev as well as Alexander performing with his violin. After this the whole party were treated to an amazing array of Portuguese Tapas - again complimentary from Philipp Kirkorov.

During the food and drink there were performances from Rui Drummond, Eurovision 2005, and we wish that one day he will appear on the Eurovision stage again. Afterwards EQUINOX (Bulgaria) performed, as did Aisel (Azerbaijan) and Sergey Lazarev (Russia 2016)

Once again and amazing party and all the ESCKAZ.com team would like to thank Philipp Kirkorov and his team for the outstanding party…