As one of the favourites to win this contest the Czech Republic is one of the most anticipated rehearsals. Mikolas is in the centre of the stage, with his backpack as always, and joined by two dancers and at least one female backing singer, who is hidden and taking over some parts of Mikolas' singing to give him some air. No leds is no barrier for this song as with a few screens and some extra pink walls and podiums they manage to recreate the atmosphere of the video.

However, it's not all overwhelming as you would expect from a big favourite, there are some good shots where the screen divided in three and of course we have the signature dances with some added acrobatics but the shots from the dancers are a bit awkward.

Semi-final 1 dress rehearsal 1 - live blog from the hall: to be updated!

In a few minutes the first dress rehearsal for semi-final one will start and we just heard that the opening act will be done twice. I'm live in the hall where I will keep you continually updated, so please refresh from time to time to read the latest news!

The start is delayed for a few minutes. Spain, Italy and UK will also perform.

And we're off! just 5 minutes later than initially planned We start with women wearing traditional gear and Ukrainian folk music in the background. Then a dancer on stage to be joined by Monatik, who proves to be very versatile: rapping, sing and dancing a very modern song that could've been a nice participating entry. Unfortunately I haven't been able to catch his name yet. I hope to update you on that after we have seen him again.

After the second run his name is not mentioned, but instead he introduces the hosts who are in casual clothes for this rehearsal. Some introductory speeches later the lineup for the semi-final is shown on screen and the voting is explained. No surprises here.

Next: song 1 from Sweden!
Post-card: Stills from Robin and his dancers, rehearsing, motor riding, getting ready to perform.
Performance: The lights seem to flicker a bit in the beginning. First time I notice it, not sure it's meant to be like that. Once again a very solid performance so it's bound to at least qualify and possibly do very well. On the other hand, there is still the issue with the 'OK' sign he makes with his hands that means something different in other countries.

song 2: Georgia:
Postcard: Rehearsing with Anri Jokahdze, running in the park, getting ready to perform and walk on stage (which seems a common thing already for all countries).
Performance: There's a delay in the start of the Georgian performance, so stay tuned! A solid performance by Tamara, who has no need at all to hold back.

song 3: Australia
Postcard: Isaiah in Melbourne and in a car, getting on a stage, watching the stars.
Performance: In the hall Isaiah really seems a bit overshadowed by his own images on the screen. A very good performance again. No further issues here.

song 4: Albania
Postcard:Running, singing with a band, doing sports, working on her dress and making the heart sign with her hands.
Performance: Vocals a bit shaky in the beginning. Only yesterday evening she was going all out in the Euroclub.
The long note is not working completely as it should so she sings it lower to save herself. Will be something to look at tonight and tomorrow evening.

song 5: Belgium
Postcard: Blanche playing the piano, reading, doing press conferences, autographs.
Performance: Blanche wears a different dress now - in black! so her nickname nnow no longer fits her outfit. The black dress is very dark, as the staging is as well. I know the white one was criticised a lot but I prefer it to what she wears now. The high parts near the end still sound very weak. However, a good reception in the hall.

Song 6: Montenegro:
Postcard: Slavko in the park, in a theater.
Performance: The visuals of Slvako while he lays on the floor have changed now. In blue, no more bright pink lipgloss. Looks a lot better and a bit less over the top. Slvako still fills the stage on his own, Could be better vocally. I am quite worried about its chances but I still enjoy this song a lot after a few ballads.

First break: Hosts on stage (minus greenroom host Timur). App mentioned. Timur in the greenroom speaking with who performed.

Song 7: Finland
Postcard: Norma John working/sitting together, walking in a building, shopping sunglasses, playing the piano.
Performance: Dry ice. Looks beautiful at the start. Vocally it seems not as solid as we have heard before. Big applause though. 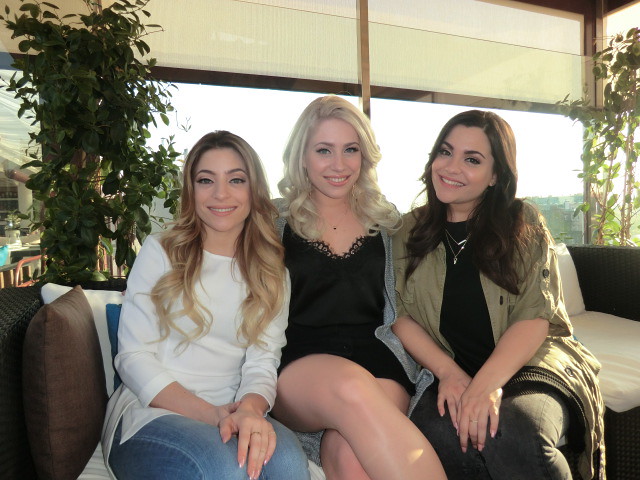 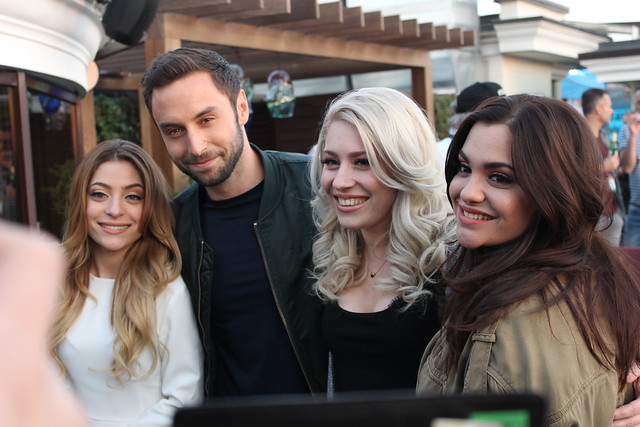 Not much has changed from the first rehearsal for Martina. The stage is still puple with yellow. Martina's artistic delivery might struggle to connect with viewers at home in this setting.

I had a few issues with Ukrainian internet since leaving the press centre, so I apologize for the delay of this Day 2 summary.

I just wanted to give you a quick overview which entries stood out the most today in the press centre:

- Armenia won the press centre poll for day 2. It looks modern, sophisticated and professional, and Artsvik performs it really well. My only caveat would be that it lacks a real climax at the moment.

- Moldova received the second highest score. The staging is fun and upbeat, that should certainly help in a semi full of ballads.

- Iceland and Czech Republic the losers of the day based on the press centre poll. But there is still enough time to turn things around. And the press centre has gotten things wrong in the past, so fans of these entries shouldn't lose hope.

We will see what kind of adjustments the delegations will make later this week.

Have a good night and see you tomorrow!

I have no doubt that Martina Bárta is singing live, but I could as well have been listening to the studio version as it sounds just identical, which proves how good a singer she is.

She's wearing a golden suit of which the blazer has a deep cut. It might be just a little too much for this kind of subtle song. Some effort was clearly put on the staging. She begins sitting on the floor in the back and when she gets up it's like she walks over a golden carpet. Martina's alone on stage even though it doesn't always look like that as the led-screen show people standing like we saw in the video.

Even though there's not something specific for me that goes really wrong, it still doesn't convince me and it might be hard for the Czechs to improve their result from last year.

Martina believes in her song and it shows. A very sensual performance that might be a bit too eccentric and introverted for some viewers. She is a jazz singer after all.
I'm not quite sure the staging helps selling that image. The bronze (or is it copper?) pantsuit might be a bit too shiny for a song that would need a stripped down classical presentation. Colours of yellow mixed with purple also seem like a mismatch and I don't quite get the overall concept at the moment. But Martina seems like a lovely girl and I'm keeping my fingers crossed for her that Europe will think differently about the visual aspects of the performance.

Press Conference for the Czech Republic

Gabriela confess, that the first time she heard "I stand", she got goosebumps. She was very happy with the song, and really wanted to represent her country with that song. The composers respond, that they also get goosebumps, when they hear Gabriela sing. Regarding the hopes for her to qualify for the final on Tuesday, Gabriela sees it more as a challenge than pressure.