Troyitskaya Square, one of the fan zones of the Eurovision Song Contest this year, has opened and represents basically the Operetta Theater program, which is situated very close to the location. It is planned that there will be performing the artists of the theater, as well as Ukrainian performers in particular and those who took part in the Ukrainian national selection in different years. The opening was held on April 30, and it will close on May 14. The fan zone itself is rather small, but its proximity to the city center and the Olympic stadium will be very convenient for residents and visitors of the city. There is a small playground for children's entertainment, as well as a fair with souvenirs. 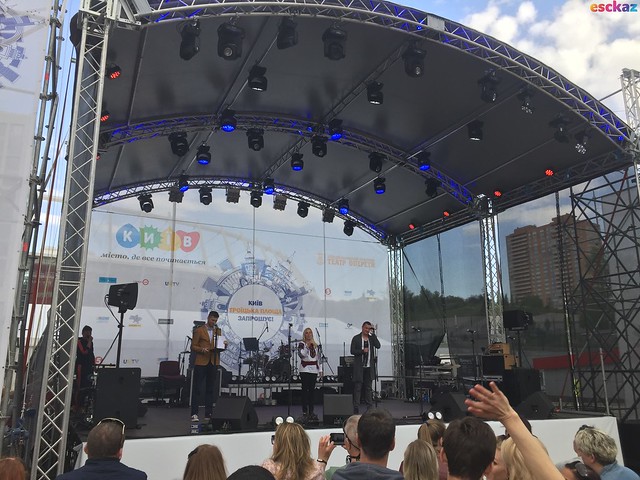